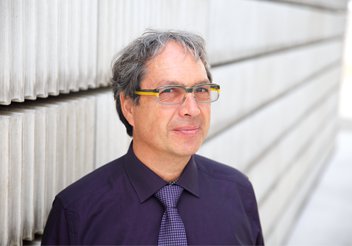 Jörg Wachsenegger was born in Vienna, where he studied clarinet at the University of Music with Prof. Schmidl and graduated in 1987. He gained orchestral experience at the Vienna State Opera, the Vienna Symphony Orchestra and the VSOP, the RSO Vienna, the Vienna Volksoper and the Johann Strauss Orchestra, among others.

Since 1983 he has been a member of the orchestra of the Vereinigte Bühnen Wien, where he has performed in all major musical productions, such as Phantom of the Opera, Les Miserables, Dance of the Vampires, Mozart and Elisabeth. He is also a member of the Vienna Mozart Orchestra.

Numerous concert tours have taken him to Germany, Italy, Spain, Poland, Mexico, Argentina, Brazil, China and Japan. CD recordings, such as Aufforderung zum Tanz with the Lanner Ensemble, as well as recordings for radio and television in Austria and Japan attest to his diverse repertoire. 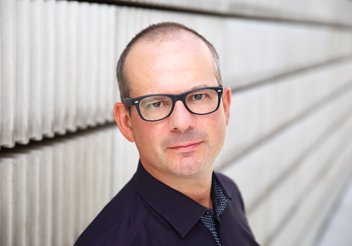 Holger Busch received his first piano lessons at the age of 4. He studied piano and choral conducting in Hanover, at the Mozarteum in Salzburg and at the Musikhochschule (today: University) Vienna with professors Karl-Heinz Kämmerling, Michael Krist, Oleg Maisenberg and Rudolf Kehrer as well as Walter Hagen-Groll. In 1998 he received the concert diploma for Magister artium.

As a soloist with orchestra, in piano recitals and as a chamber musician, he performs throughout German-speaking countries, Europe, Asia and Australia and has been invited to festivals such as the European Classical Music Festival Dortmund, the Steirischer Herbst, Aspekte Salzburg and others. As musical director, he has participated in numerous first performances of the Austrian Ensemble for New Music. He has played as a duo with the pianist Margarete Babinsky, as evidenced by two CD recordings on the capriccio label with works by Rachmaninoff and Shostakovich, as well as radio productions for ORF and WDR.

His keen interest is in playing together as a chamber musician or song accompanist, he has directed the internationally renowned children’s choir Gumpldskirchner Spatzen in over 30 performances at the Vienna State Opera, has been a lecturer at the Vienna Master Classes and is a juror at various (youth) competitions.

Pedagogy has been a special concern of his for many years. He teaches piano and musicology at the Vienna Music School and holds creative positions. His method (“Das Wozu-Was-Wie”) serves the training of artistic personality in connection with the empowerment of independence at all levels of development. 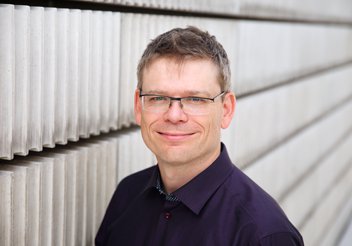 Gerhard Waiz was born in Vienna and studied cello at the Conservatory (today MUK – Musik und Kunst Privatuniversität) of the City of Vienna with Cecilia Ottensamer, where he received his diploma at the age of 19. Further studies and master classes with Franz Bartolomey followed.

As a soloist and chamber musician he performs at home and abroad, on radio and television (ORF) and on CD recordings.

His vast experience as an orchestral musician (at the Vienna State Opera and the Vienna RSO, among others) is a valuable asset to his work. Numerous tours have taken him to various countries in Europe, Turkey, Japan, Korea, Central and South America, Canada and the USA.

His repertoire covers all epochs and styles from baroque to “modern”. He is particularly interested in contemporary music, and many composers regularly entrust him with the (premiere) performances of their latest compositions. In recent years, he has also increasingly devoted himself to composing his own works for his instrument. Since 2010 he has also been teaching at the Beethoven Music School in the city of Mödling. He is also fond of writing: the poetry collection die beine der schöneren lügen was published by Resistenz Verlag in 2012.